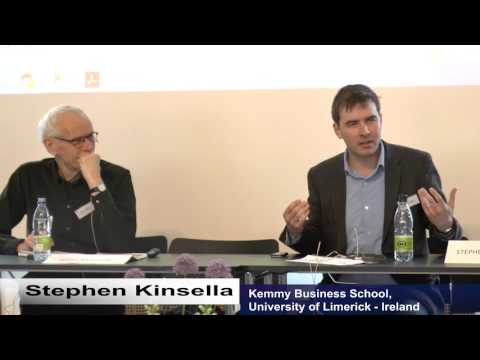 Stephen Kinsella reckons Bitcoin is a bubble and not a flash in the pan (November 21, 2014)

"Bitcoin has no use value"

"Bitcoin has no use value, only exchange value, and because it is has no worth in use other than what others are willing to pay for it, it is always in a bubble: these happen when prices of assets get dislodged from their fundamental value. So Bitcoin is the perfect bubble." - Stephen Kinsella
He is just angry cuase he he does not understand Bitcoin. What do you think about this: http://www.independent.ie/opinion/columnists/stephen-kinsella/stephen-kinsella-once-bitten-twice-shy-so-stay-away-from-ponzilike-bitcoins-29764982.html

the email to my father addressing a forbes article he read that negativly criticised bitcoin.